Our earthly sun must really agree with Superman as today is his 75th Birthday today or more accurately his first appearance in Action Comics #1 for DC Comics. 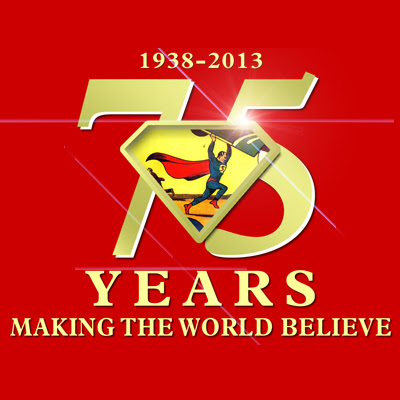 Superman is not only now seen as an American icon but now a becon for hope and that anything is possible for everyone all over the world. To celebrate we thought we'd show you the Supermuseum in Metropolis, Illinois. Not only is it an achieve of cool Superman memorabilia but it also hold the worlds largest collection of Superman & Superman related action & designer figures.

Tee of the Day: Bomu-kun from Pocket Designs


Our tee of the day goes to Bomu-kun Classic from Pocket Designs. Available only in sports grey with 50% black print this really makes the character pop in this tee. 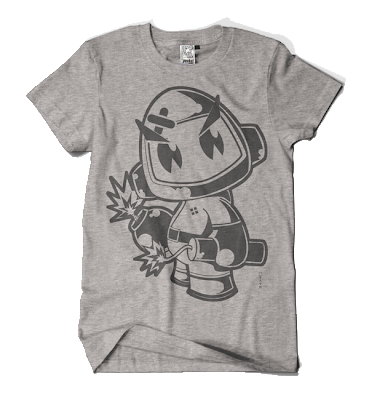 Bomu-kun returns with new additional sizes. By popular demands XXL is now available for the big boys and the XS is for the smaller guys as well as for women. Pocket Designs guarantee that the tee is 100% cotton, is designed in Australia, is sweatshop free and re-inspected prior to sending. So when it comes to quality you know you're buying a good t-shirt. To choose your size check out Pocket Designs site.
Posted by Unknown at 9:46 PM No comments:

It's Mayhem for The Demon Fett

Josh Mayhem revealed his custom Lego Clock / Lego Hero Factory mashup called 'The Demon Fett' made from 100% Lego Toys today and it looks amazing. The detail is fantastic and the color sublime. 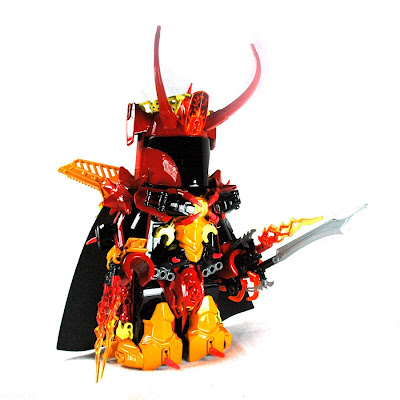 The Demon Fett is for the Designing Outside The Lines group show opening April 26 at 1AM Gallery which mention in a previos post. To be part of the preview contact maya@1AMSF.com.
Posted by Unknown at 9:24 PM No comments:

ToyKick is Making a Fresh Batch of Customised Dunny's

Task One has just released a sneak peek of his custom Dunny's for ToyKick first custom Dunny series: Fresh Batch Series One. One is Poppin Fresh D and the other Elves Are Evil. Regardless they look fun and we personally can't wait to burn our hands on these hot customs. 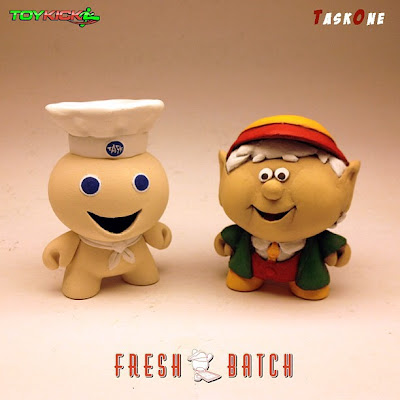 The series will feature some of the most talented artists ever to put on a pair of oven mitts and customize a Dunny! 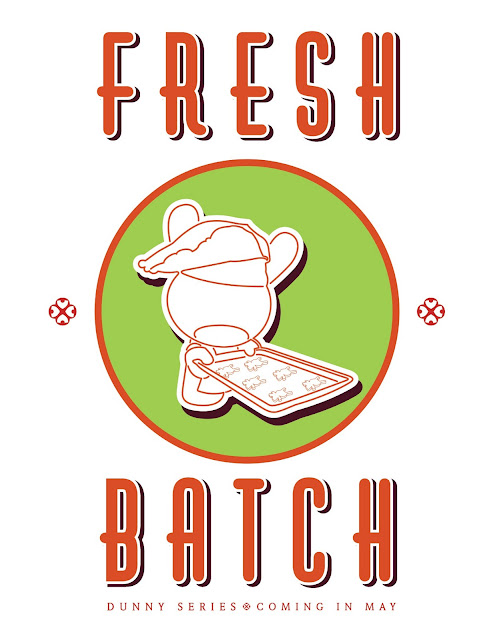 ToyKick are slowly revealing the artists approx each week we get closer to launching but here if who has contributed so far:
Nothing like the smell of Freshly Baked custom Dunnys so visit ToyKick here to stay up to date on who and when this delicious Dunny's we be ready.

Posted by Unknown at 9:05 PM No comments:


FUNDED! Congratulations to George and Ayleen from October Toys for successfully achieving their Kickstarter goal for OMFG series 3. 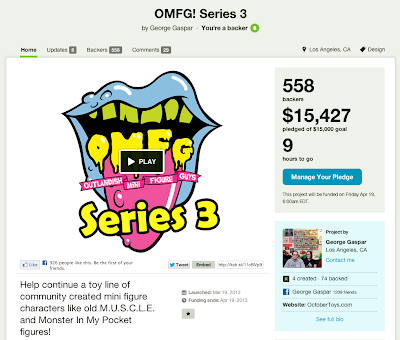 But don't worry there is still time for you to pledge and receive one the awesome rewards on offer here.

Posted by Unknown at 5:15 PM No comments:

There's a Dude Box in a Honeycomb Suit

Don't look now but there's a 'Dude in a Honeycomb Suit'! This is the ltest custom from David Stevenson hot off the back of Toy Con UK. 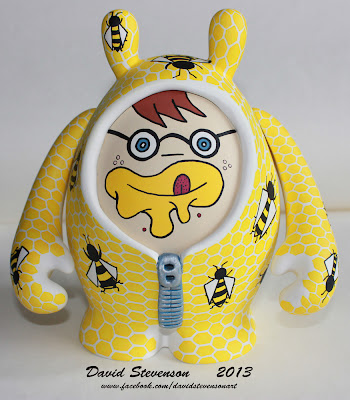 Honeycomb Dude is an original hand painted sculpt, 1/1 vinyl custom created on the Dudebox dude figure. Stevenson has also created a 3" version of Dudes in Suits that can be purchased here. 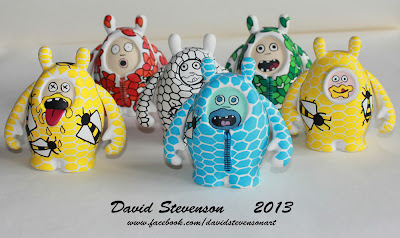 The get the only copy Dude in a Honeycomb Suit in existence of check out Stevenson's store now.

Posted by Unknown at 7:10 AM No comments:

Get excited as April 21 will see Task One’s 3" custom series “Pillaging Pop Culture” (inspired by The Muppets) with release the next three new fan-favorite figures as part
of series 4! 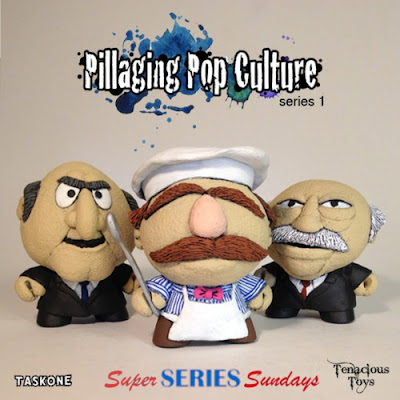 You can purchase the blind-boxed custom hand painted figures or you can buy the full
3-piece set which guarantees that you will get one of each of the 3 figures in that wave. 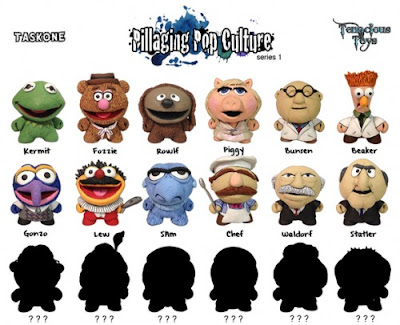 Tenacious Toys still have a limited number of full sets of the whole series of 18 characters so far. which is a lot less than some consumers spend hunting down a full set of a production series. If you do purchase the full set, a “free” chase figure which is not part of the 18pc set will be rewarded and while the exact run size is not revealed, the series is limited.
Posted by Unknown at 5:59 AM No comments:

Have a Hug with New Sensation 'Marukunaru'

Meet 'Marukunaru' the latest plush sensation to come out of Japan is from Miku products which was inspired by a statue in a music video by Hatsune Miku called "Defence Curl". 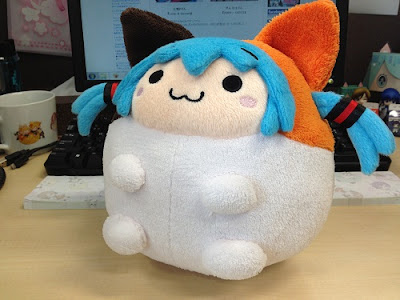 Marukunaru is a 9" ball of huggable goodness which has a faint smell of Grapefruit fragrance to it.

You can pre-order Marukunaru from the Hobby Search store for $28 plus shipping.
Posted by Unknown at 5:09 AM No comments:

I Heart Guts has a Heart of Gold

This is our 50th post and we just wanted to say from the bottom of our hearts, thanks for the support so far.

Talking about hearts (ha, see what we did there) how about this Heart of Gold from I Heart Guts. Other than this cute heart, I Heart Guts has an assortment of organs. 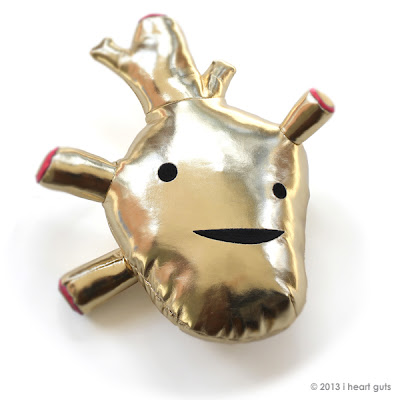 "Each plush piece is a grinning caricature of its real life counterpart, and is available in several hues including lavender, daffodil yellow and neon purple. Plush organs and glands sell quickly at hospital gift shops, where they are a popular pick for patients recovering from ailments associated with a particular organ. We offer a pancreas for diabetics, a mammary gland for breast cancer patients, and a random assortment of other glands and guts,” - Wendy Bryan, I Heart Guts Founder

Posted by Unknown at 2:54 AM No comments: 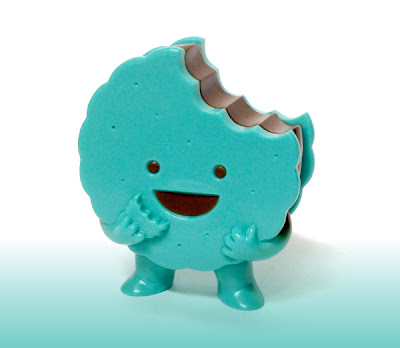 You can pick up Reverse Mint from the Super 7 store for only $25 plus postage.
Posted by Unknown at 1:58 AM No comments:

MattyCollector.com Fan Sale in May

Mattel posted some exciting news for collectors over at MattyCollector.com that on May 15th they will be having a Big Sale. Good news also for subscribers as they will get a $4 discount on shipping that month.  Here's what Mattel had to say:

Toy Fans, we like you. We really, really like you. So as our way of saying “thank you” for being our loyal customer, we’re taking $4 off the cost of shipping for every order that contains a May release product! The discount applies to all May subscription orders as well as purchases made at MattyCollector.com between 5/15 9am PT and 5/16 9am PT. As long as your order has one of the May products on the list below, you’ll save $4 on shipping. Read on for everything you need to know about our May sale, plus get dates for our SDCC voucher and “Most Wanted” sales.

Early AccessStarts Tues 5/14 at 8am PT and ends Weds 5/15 at 8am PT (subscribers only)Products Available: Evil-Lyn® and Slush Head®Please remember that quantities are limited and these products are subject to sellout during Early Access. If any remain after Early Access ends, they’ll be made available to the general public on 5/15 at 9am PT. Early Access products are sold separately from subscription products so shipping can’t be combined with subscription orders or orders placed at MattyCollector.com during the regular monthly sale. Early Access products purchased together do ship together when the shipping address/payment information is all the same.

To become a subscriber or to stay up to date on their sale or what exclusive figures will be available at this years SDCC check out the MattyCollector.com site.