Mezco have Created a Plush Krampus

More Mezco news with the announcement of folklore legend Gruss Vom Krampus being released in October. This oversized sinfully adorable mythic creature, Krampus stands 12″ tall with devilish horns, cloven hooves and is a huggable plump plush that is perfect for those who enjoy the darker side of the holiday spirit. 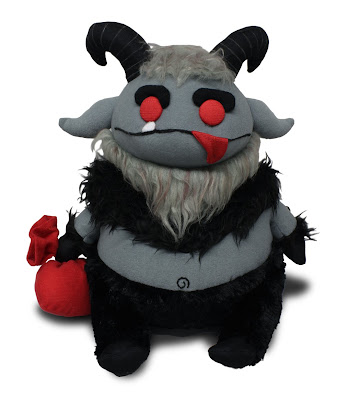 According to traditional Austrian legend, this beast is responsible for “handling” all the naughty children during the holiday season, gathering them and taking him back to his lair. The Krampus creature was outlawed in 1934 but the ban was lifted and has become a holiday phenomenon gaining worldwide popularity for his devilish representation of the holiday spirit.

So be good and pre-order your Mega Scale Krampus now at the Mezco Store before he takes you back to his lair.
Posted by Unknown at 10:50 PM No comments:


Mezco announced today that their 2″ DC Universe Mez-itz will be available in a blind boxed format.

The characters included are: Aquaman, Batman, Green Lantern, Superman, Wonder Woman and Harley Quinn. Each contains six characters from the DC Universe with 10 unique designs; each Mez-itz has a specific rarity scale with a super rare chase figure. 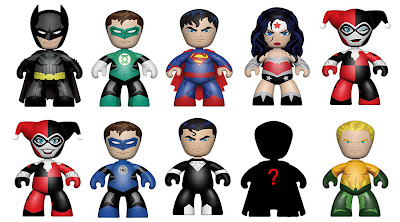 As is typically for blind-boxed toys there will be common, rare and super-rare figures. Each case will have a three boxes of 24 figures, so a total of 72 units and will include a complete set of all 10 designs.

DC Universe Mez-itz available for pre-ordered now from the Mezco Store and will ship
this September.

Erick Scarecrow x ESC Toy's latest piece 'Little Axe Red' reinvents the fairytale of Little Red Riding Hood not being as timid as first thought. In Eric's newest creation, Little Red now wears a wolves paw glove and Wolf head as a helmet and looks like she know how to swing an axe or two. 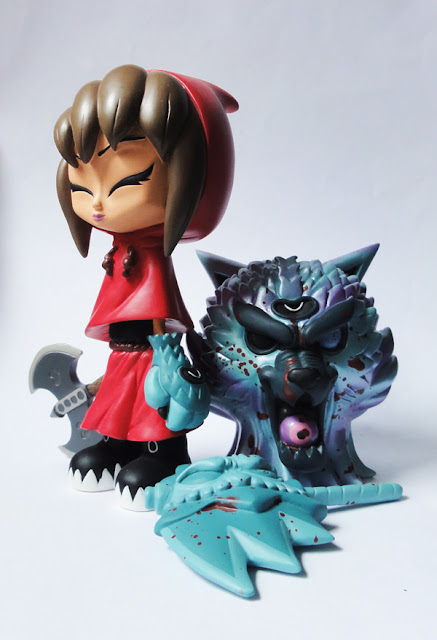 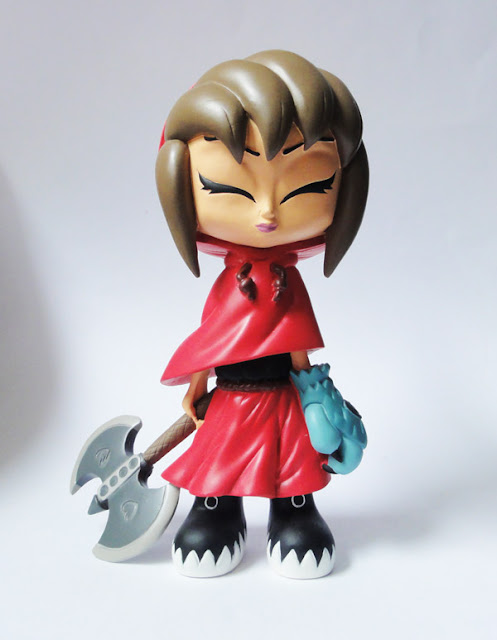 But be quick to purchase one from the ESC Toys site here April 20 around 11am EST as the set is limited to only 15 pieces worldwide.
Posted by Unknown at 6:27 PM No comments:

Figures Toy Company Go Back To 1966 With Batman

With the1966 Batman Classic TV Series being all the rage in toys and collectibles it only most sense that the Figures Toy Company have thrown their Bat Cowl into the ring with the Batman Classic TV Series Retro Figures Series 1.
Reminiscent of the classic Mego toys of the 70′s, these retro figures stand 8″ tall and feature 16 points of articulation. Featured in series 1 are Batman, Robin, The Joker and The Riddler which come as a set of 4 and not sold individually. 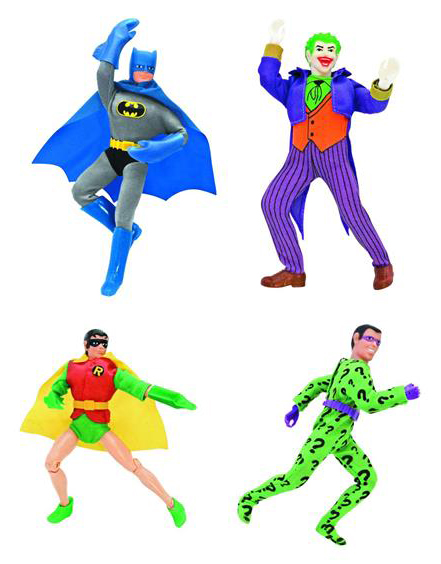 Each figure also comes in a reusable plastic protective case with full-color backing card. You can pre-order the Batman Classic TV Series Retro Figures Series 1 now at Big Bad Toy Store.
Posted by Unknown at 6:40 AM No comments:

Who Wants a Remote Controlled TARDIS?

It's not very often we see the TARDIS actually fly in space and time on the TV series but thanks to Underground Toys that will be a thing of the past or is that the future, anywho the toy company unveiled the first ever flying TARDIS on their Facebook page. 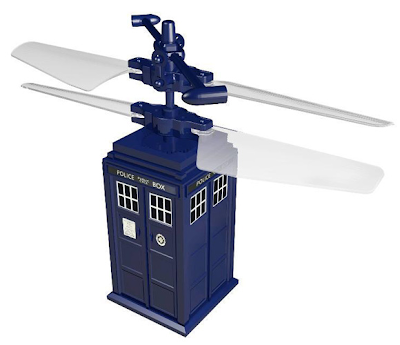 You've got to admit it does look pretty cool even if it does look like a square helicopter when stationary but we're sure like most remote control toys, you'll soon forget the propellers are even there when everything wibbly wobbly timey wimey.
There's not a lot of info other than the Remote-Control Flying TARDIS should be out in June on the Underground Toys site.

Posted by Unknown at 3:35 AM No comments: 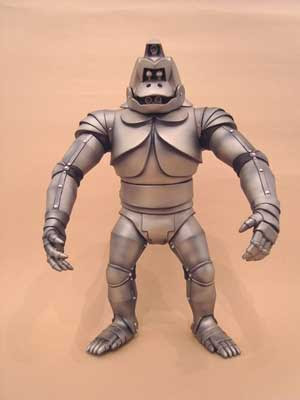 Mecha King Kong, or Mechani-Kong, as he is known in Japan, is a robotic copy of the original King Kong that appeared in the 1967 movie "King Kong Escapes"! 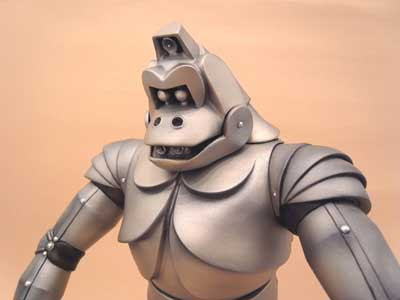 The 11.5" tall Ape is an unpainted vinyl model with clear vinyl head part. Priced at $55 you'd say Billiken was banana's for charging such a cheap price for this robotic ape, so to order visit the Billiken site here, but be warned unless you know Japanese (google translation doesn't work on this site) it's not going to be easy to navigate to the shopping cart.
Posted by Unknown at 1:13 AM No comments: