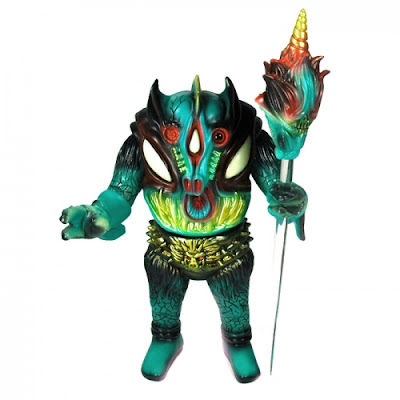 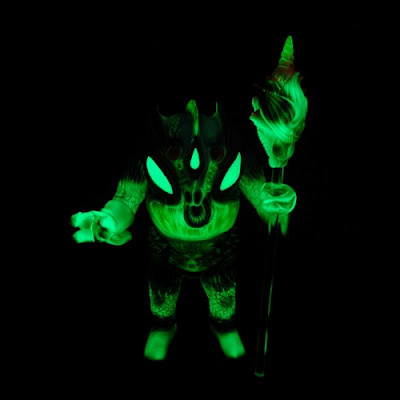 Devilman also features his signature removable staff weapon and a clear red eye and is limited to one per customer June 21, 2013 from HERE for $195.00 USD.
Posted by Unknown at 11:39 PM No comments:

Based on the classic videogame fighting game Street Fighter, the Bobble Budds Round 2 roster will consist of Ken, Zangief, Guile, and Cammy. 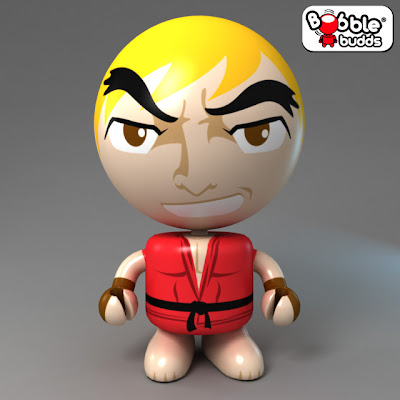 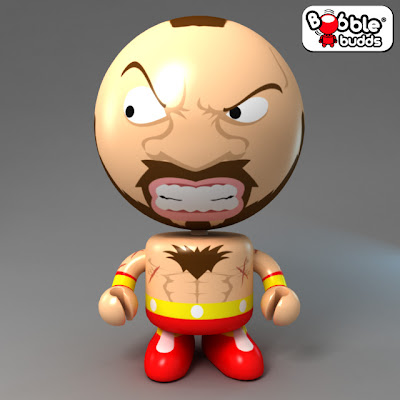 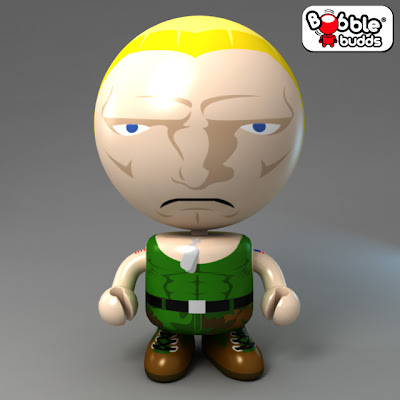 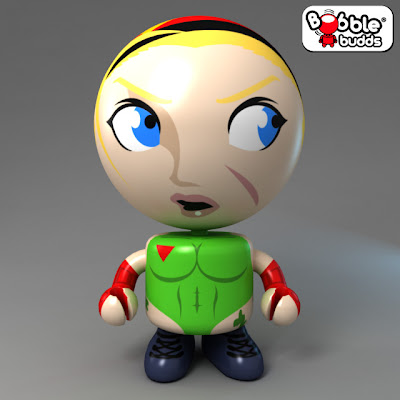 Each rad 3.5" tall exclusive bobble head comes with a special locking mechanism for the head, articulated arms and will be released in July 2013 from HERE.
Posted by Unknown at 11:27 PM No comments:

VISEone Squeezes Out Some Zombie Goo

VISEone has revealed the prototype with co-operation from Flying LuLu of his latest tube creation 'Zombie Goo'. 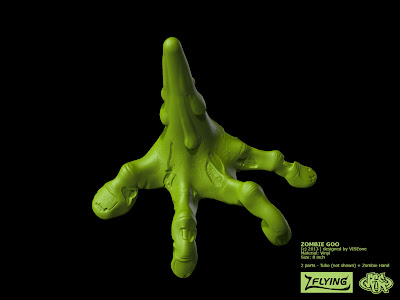 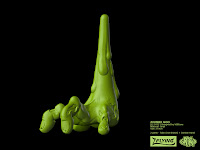 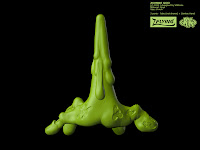 The rad 8" tall handstanding vinyl 4 fingered zombie hand will be made in time to be at the Tenacious Toys booth at NYCC. So keep an eyes peeled for it's release and other colorways VISEone has planned.
Posted by Unknown at 11:10 PM No comments:

We posted HERE about the awesome Terror Boy "OOZE NO.00", now Brandt Peters and Ferg are back with the second colorway of their Terror Boys Ooze figure: Oilish! 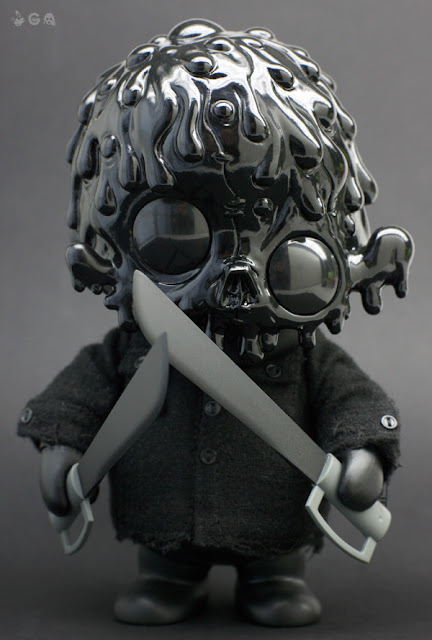 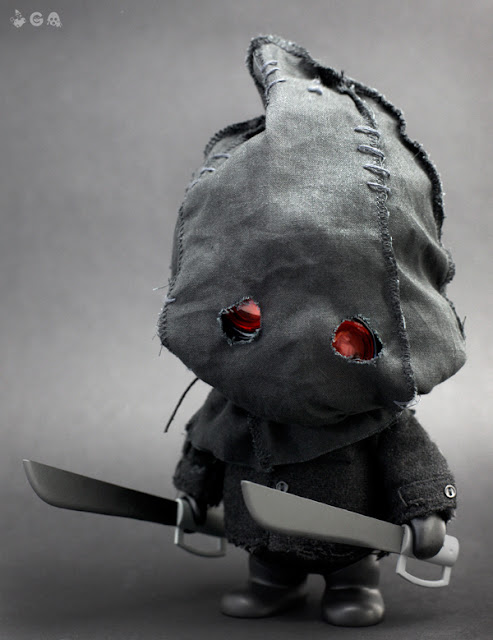 There will also be a 10% chance to get a “petrolium-colored” helmet chase. Terror Boys Ooze figure: Oilish will be available from June 24 from HERE.
Posted by Unknown at 4:58 AM No comments:


Adventure Time Tin Tote Gift Set from Bif Bang Pow! begins with a colorful metal tin tote box that measures about 8 5/8-inches wide x 6 3/4-inches tall x 4-inches deep. It continues with a 16-ounce themed travel mug and a set of 4 coasters that will take you to the Land of Ooo and the animated TV series in a heartbeat. And they all feature delightful images of your pals Finn and Jake! 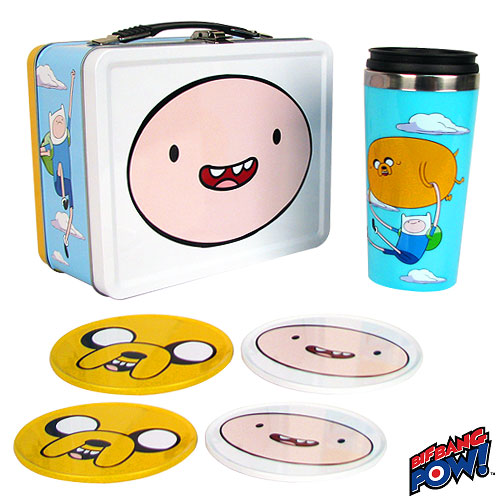 Regular Show Tin Tote Gift Set has a colorful metal tin tote box measures about 8 5/8-inches wide x 6 3/4-inches tall x 4-inches deep and features the Regular Show logo along with plenty of 4-color artwork from the series on all sides, the top, and bottom. But that’s not all. Inside the tote you’ll find a 16-ounce travel mug and a set of 4 coasters, all sporting images from the show. 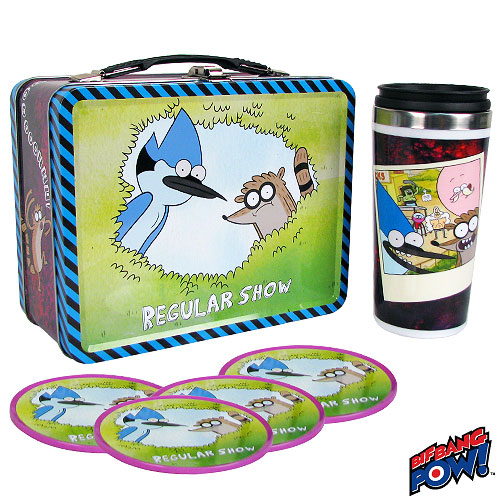 Each set include a tin tote, four coasters and a 16oz. travel mug, with both are priced at $34.99 each and available for pre-order from HERE.
Posted by Unknown at 4:35 AM No comments:

Warner Bros. Consumer Products, in partnership with DC Entertainment, and Sanrio, creator of the global icon Hello Kitty, announced today they will be partnering to license a new brand collaboration that will feature Hello Kitty dressed up as her favorite DC Comics Super Heroes, including Wonder Woman, Superman and Batman. 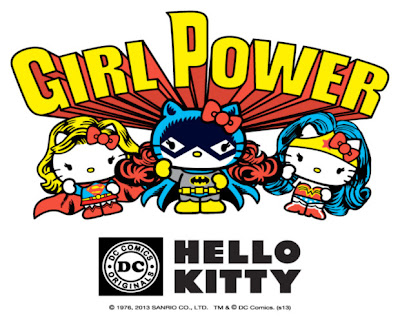 Sanrio and Ugly Dolls have also joined up to announce a partnership between Hello Kitty and Uglydoll. The Hello Kitty Uglydoll collaboration will make its official debut at San Diego Comic-Con 2013. The collection will include a set of limited edition plush by Gund featuring Hello Kitty dressed as OX, Trunko, Ice-Bat and Wage.

Posted by Unknown at 4:18 AM No comments:

Super 7 has released images and bucket load of info for their SDCC 2013 Alien Re-Action Figures. 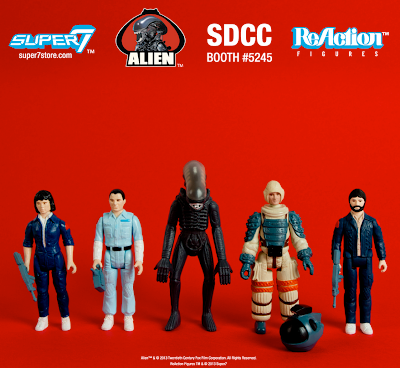 They will have four different exclusive 3.75″ Alien retro styled figures of: 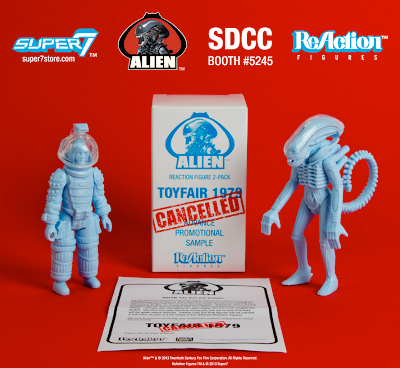 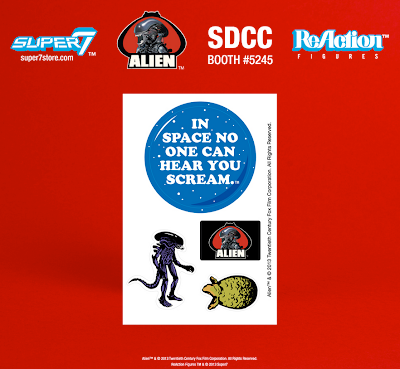 This Package is FREE when you preorder your set of five figures at SDCC! The five ReAction Figures will be complete with accessories and on Blister Card packages - 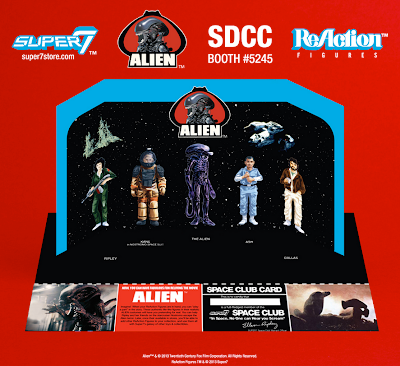 The Early Bird preorder for the five figures is only $100.00 USD with the rest of the world $125 (+tax) including shipping. These very limited figures will ship between October 1~December 31 and the Early Bird Package will be handed to you at SDCC at the Super7 booth #5245.
Posted by Unknown at 4:04 AM No comments:

The collaboration between The Amazing Zectron and Tru:Tek has revealed the awesome 'Madball of Death' series, which will be in featured line-up of Clutter's June Toy Mafia event. 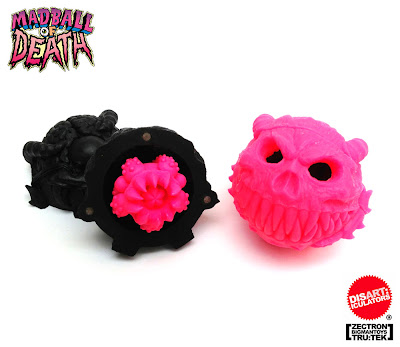 "Inspired by AmToys' iconic '80s line, '50s sci-fi, and a dash of neo-kaiju, these bouncy polyurethane rubber cast pieces split into two halves to reveal a tentacled parasite inside and then rejoined by neo-magnets." 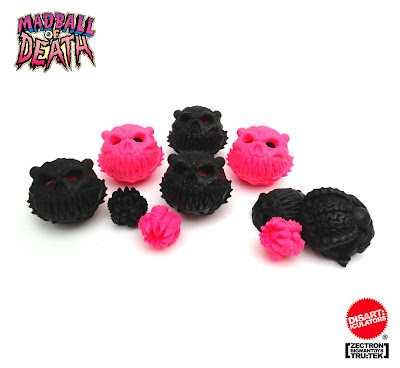 This rad series is very limited with only 11 pieces worldwide available in 5 black w/pink parasite, 5 pink w/black parasite, and o1 chase done in mixed parts with marbled insert. Each Madball of Death comes with header card artwork by The Amazing Zectron and Ralph Niese.
Posted by Unknown at 3:30 AM No comments:

Bas Peter from Bashprojects has released the secret weapon for the Battle Star Astronauts with 'Bjorn'. 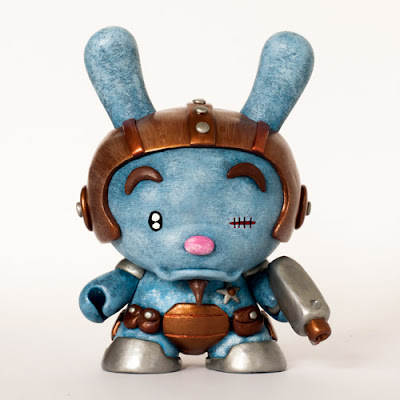 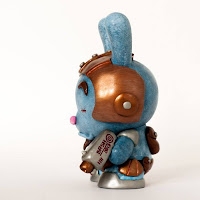 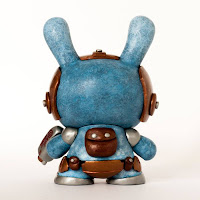 The awesomely detailed custom Dunny with bronzed style helmet, belt, badge and Bas' signature on the gun is so big at 8", all hell breaks loose when Bjorn enters the battlefield! You can get this one of a kind custom from Bas HERE for €230 including S&H.
Posted by Unknown at 3:08 AM No comments:

Shawn Wigs has released a new series worthy of the Norse Gods with 'Viking Dunny's'! 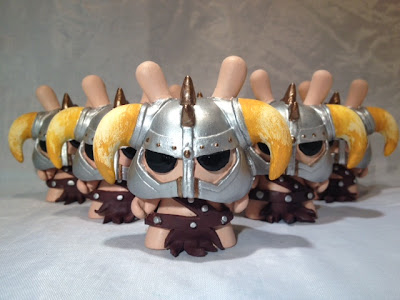 The 3"custom figures feature a rad horned helmet and dressed in battle garb. The Viking series is only limited to 14 pieces, so be quick to get yours from HERE.

Posted by Unknown at 2:51 AM No comments:

Continuing on from their spring animal themed Caveys up on Cavey's Facebook page, meet the Cavey breed for June; 'Pink Polkadot Piggy Cavey'. 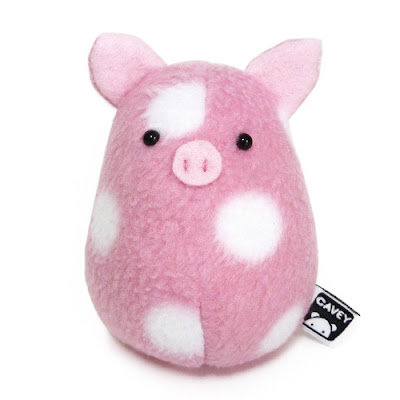 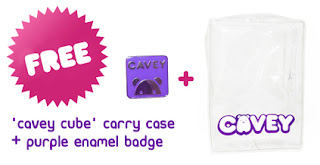 Polkadot Piggy Cavey is made from pale pink polar fleece with white polkadots, special pointy piggy ears, and a hand cut felt snout. Pink Polkadot Piggy Cavey is limited to 50 numbered pieces, comes FREE with a purple enamel Cavey badge and a Cavey Cube for only $25 USD + S&H HERE on June 24.
Posted by Unknown at 2:40 AM No comments: 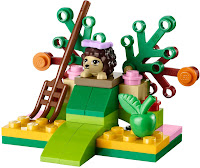 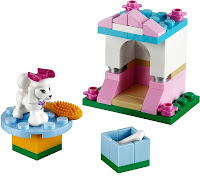 Posted by Unknown at 2:09 AM No comments: