The Horndribbles are a series of four monster plush characters Hux, Meeks, Mosby and Zapp from artists Lucas Richards and Devon Braun. 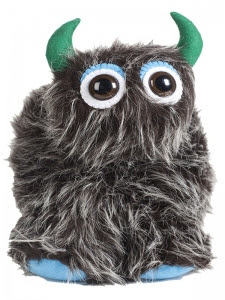 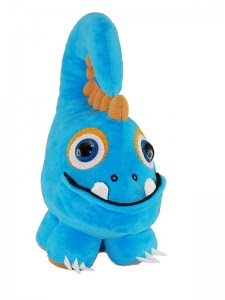 "Explorers Playground Inc. has created “The Horndribbles” just for you! Our products show those children in your life, and the inner child in you, how to learn through being creative, passionate and unafraid to explore the world. The Horndribbles are friendly, and fun-loving, monsters." 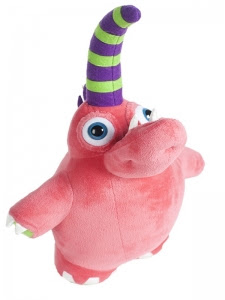 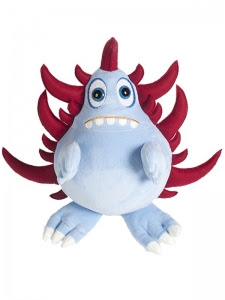 The 15" tall plush toys of fun can be purchased from The Horndribbles store here.
Posted by Unknown at 11:56 PM No comments:

Uglydolls Kick it with The Ave

It looks like the Uglydolls plans for world domination are in effect as they have partnered with The Ave Venice to offer custom printed Uglydoll Converse Chucks. 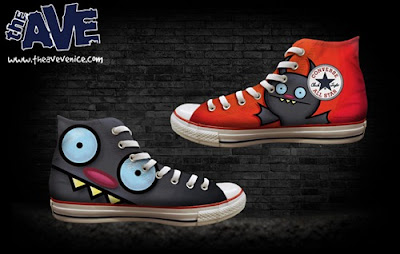 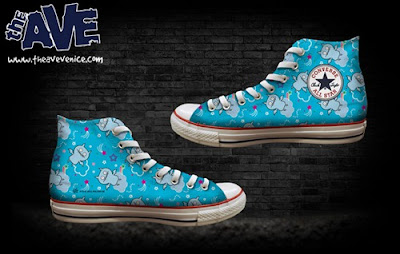 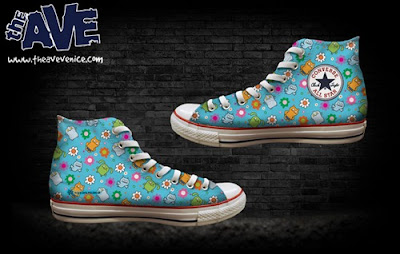 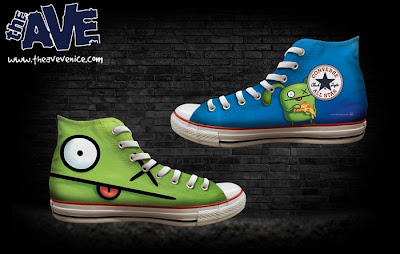 The so if your an Uglydolls or Coollectable kicks fan then these exclusive Chucks are available online here for you.
Posted by Unknown at 11:39 PM No comments:

Paul Shih is having a double release this Friday of the last remaining 'Bevil Aqua' and 'Sushi Kaiju' post last weeks Chromacon. 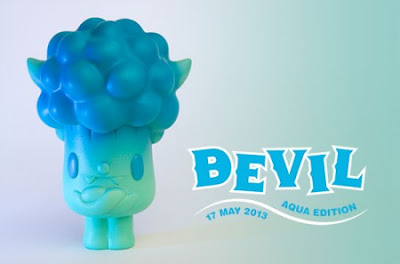 First on offer is the very cute hand cast and painted 'Bevil Aqua Edition' that is only limited to 10 pieces. 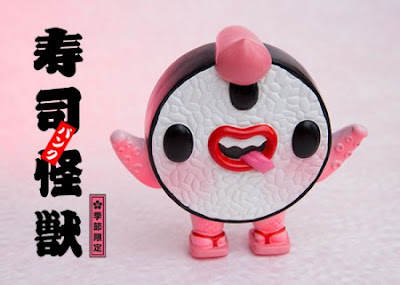 Followed by 'Sushi Kaiju Sakura Flavoured' which is also hand cast  and painted edition is only limited to 10 pieces. Both will available May 17 here so be quick to secure your deliciously awesome collectable from Paul Shih.

Thunderbirds fans rejoice as UK-based toy company Vivid has been named master toy partner in Europe and Australasia for Thunderbirds are Go!


The original series remake from ITV Studios, Pukeko Pictures and Weta Workshop that will premiere in 2015. 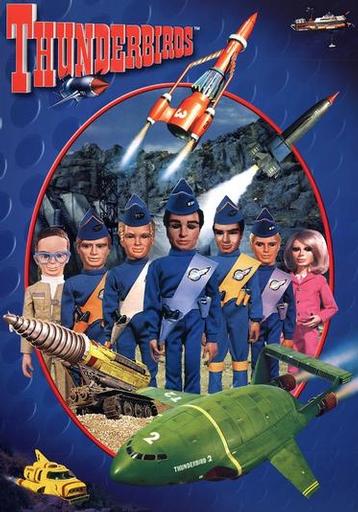 Vivid will produce a range of branded toys that include figurines and vehicles, play sets, die cast models, role play and dress up toys, construction toys, board games and puzzles. The products will launch in the UK in 2015 alongside the premiere of the new series, 50 years after its first television debut.
Posted by Unknown at 10:45 PM No comments:

This could be the new craze that sweeps nation or for weddings at least, as the guys over at The University of Muscle posted today the work of Brandon Waltz who created the awesome Custom Mini-Figure Boutonnieres for his wedding party. 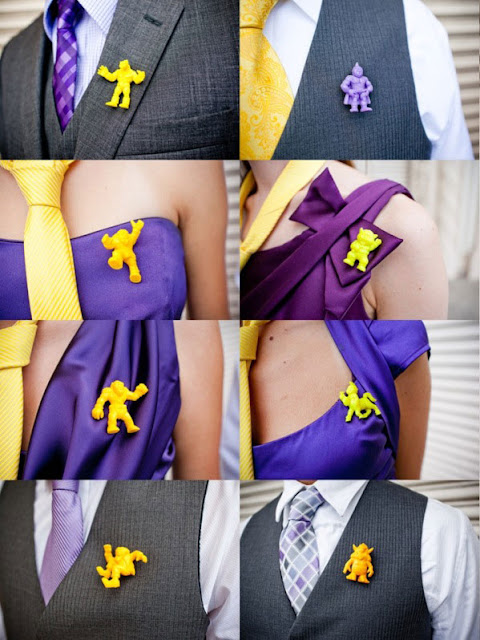 Most of them are of M.U.S.C.L.E. origin but STROLL from O.M.F.G. Series 1 looks like he strolled into the group. If you'd like to know more about these or learn how Brandon did it, go here.
Posted by Unknown at 7:04 PM No comments: 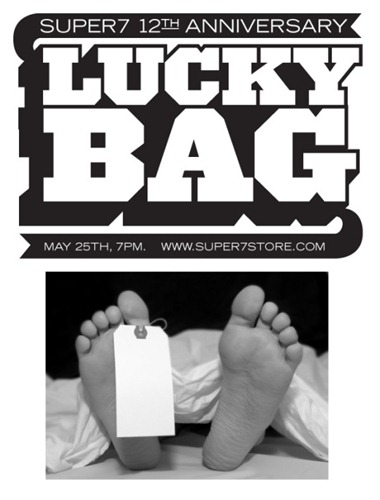 Lucky Bags contain 9 figures total, $300 each, available May 25 at the Super7 Store and then Online May 26 here.
Posted by Unknown at 5:41 PM No comments:

WWE has signed an exclusive deal with The Bridge Direct for a new construction (lego type) toy range based on events and characters from the popular sports entertainment platform. 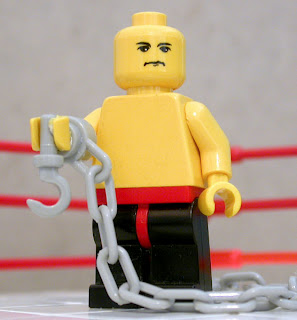 This will also mark the first time the WWE have been included in a construction toy category. The range will include figures, accessories and construction bricks to 'build your very own' play-sets (not actual picture above). Nothing else to go on yet other than the toy line is expected to begin rolling out from May 2014.
Posted by Unknown at 8:50 AM No comments:

Garfield is Back Turning Heads


Aurora World is bringing back the popular 1980s plush 'Garfield' suction cup toy but with a modern twist. 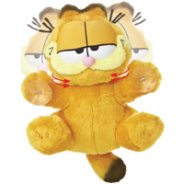 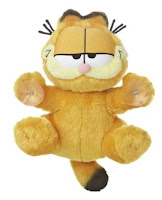 “Aurora has high expectations for the new Garfield licence. The plush toys have a great look and feel to them, perfectly capturing the essence of Garfield’s character." - Mark Hilder, Product Development Manager

The suction cup toy usually seen in car windows includes a head-turning feature and demonstrates Garfield’s “power of Catitude”, says the company. It will join three other new plush toys that are 8", 11" and 15" variants. No other information on when or where you can purchase the new Garfield but we'll keep you posted.
Posted by Unknown at 8:24 AM No comments:

Vinyl Destination is up for Sale

Have you ever thought that running your own Designer Toy shop in South Africa? Well now you can as Vinyl Destination is up for Sale! 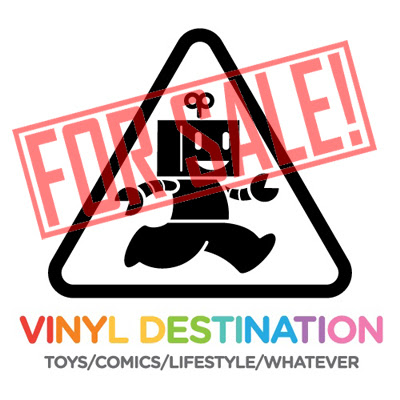 So what do you get if you decide to buy it:

If you think this sounds like a pretty sweet deal and would like to know more about how you can be the new owner of Vinyl Destination then go here.
Posted by Unknown at 7:27 AM No comments:

Kickstart House of Monsters the Sequel

It's not a toy related but it's a Kickstarter we think is pretty cool that could make some rad toys if they did. Last year Dawn Brown made a little short film called House of Monsters. Now Dawn wants to create a sequel to the House of Monsters this time featuring a vampire who discovers creative way to have fun in the sun.


"The story is done! The character designs are done! The set designs are done! We've taken this as far as we can before jumping into the expensive stuff. House of Monsters creator Dawn Brown has assembled a small but mighty crew of Hollywood's most talented artists to help bring these monsters to life." - Dawn Brown


If you like the original (featured above) then pledge today to help Kickstart this awesome project here.
Posted by Unknown at 1:58 AM No comments:

After his debut in the 'Cold War' episode, Character Options have revealed the first image of their new 3.75" figure Grand Marshal Skaldak. The Martian Ice Warrior is nicely detailed and well articulated for a Doctor Who figure. 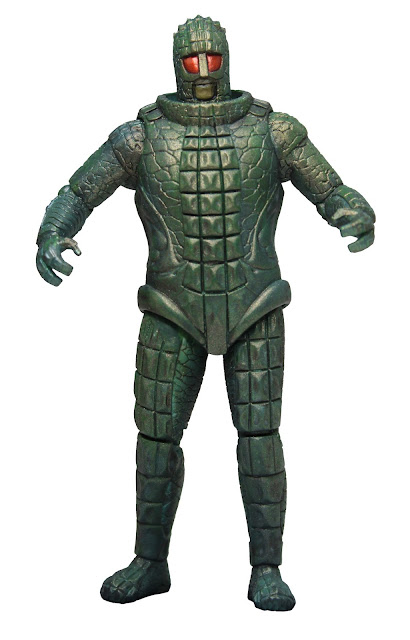 Skaldak is the first in range of Doctor Who figures of The Doctor (Series 7B outfit), Clara Oswald (Hide outfit), Weeping Angel, Time War Dalek and Cyberman (Nightmare in Silver redesign). No details on when or where to purchase Skaldak but we'll keep you posted.
Posted by Unknown at 1:20 AM No comments:

Mezco are now ready for you to take their Mummy home. Not the maternal one but the Universal Monsters kind. 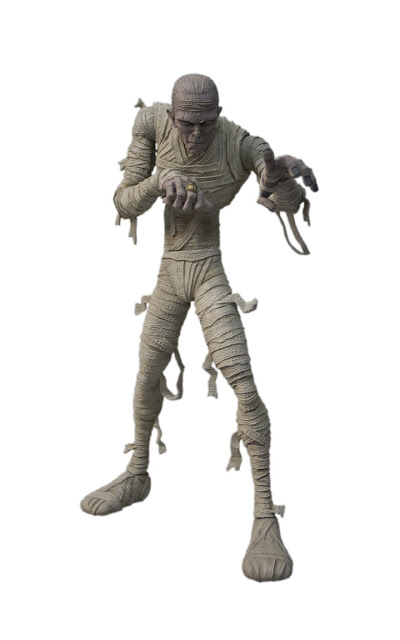 This 1932 iconic terror from the beneath the sand stands is a beautifully detailed 9” tall figure with his ancient bandages, mysterious eyes and his legendary scarab ring. 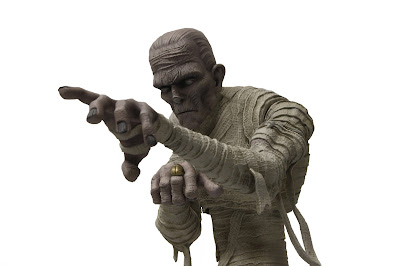 The Mummy has 11 points of articulation and comes packaged in a full color, collector-friendly window box. You can pre-order from Mezco direct here for a an October release.
Posted by Unknown at 12:38 AM No comments:

Shizue leaps out of the 3DS 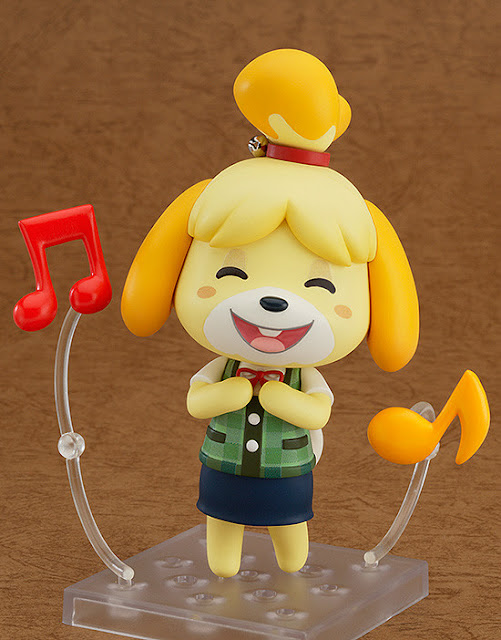 The 3" PVC Shizue comes with optional the parts of three faces (happy, perplexed and overjoyed), a question mark and musical notes along with a pen and clipboard. 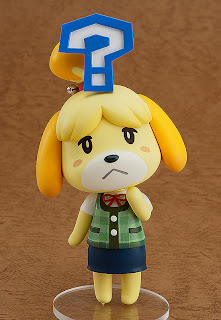 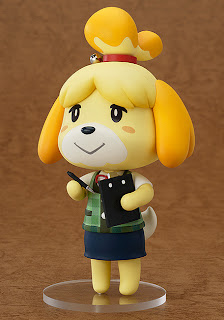 You can now pre-order Shizue from here with an expect October release.
Posted by Unknown at 12:15 AM No comments: